We met at our school on Sunday, April 7th and started our night ride by bus at 4 o´clock. We crossed through Belgium and arrived at the ferry in Calais/France in the early morning. From the ferry we saw the White Cliffs of Dover and it took two more hours before we finally arrived at our hotel in London. We had a short lunchbreak and our teachers bought the underground tickets. After a short trip on the Tube we climbed the 311 steps of the Monument and had a wonderful view from the top. Then we walked for hours along the river Thames until we came back to our hotel Safestay Elephant and Castle, moved into our rooms and had a little rest. In the evening we explored the area around our hotel and went to bed early.

On Tuesday we had a good breakfast at 8 o´ clock and then we visited the Museum of London. We took the Tube to Piccadilly Circus for lunchbreak. In the afternoon of a cloudy day we had a look at Camden Market and some of us bought their first souvenirs. In the evening we either played pool billiard in our hotel or tried the food in Indian restaurants.

On Wednesday after breakfast our bus driver picked us up for a bus ride to Brighton. We walked along the pebble beach to the famous Brighton Palace Pier with cafes, ice cream shops, stalls and an amusement park. At lunchtime we had fish and chips in different restaurants in town. Back in London some of us decided to watch a Football Campions League match in an English pub, others visited Chinatown in Soho.

On Thursday morning we had to get our luggage ready after breakfast. At 10 o´clock we went to the city, saw Buckingham Palace and went through St. James´s Park to Westminster Pier. We then entered a boat and sailed through all the famous bridges along the Thames to Greenwich. On the way we saw the London Eye, the Tower of London and many other sights of the city. In Greenwich we had an hour lunch break and crossed through an old tunnel to the other side of the “dirty old river.” We took the DLR train back to the centre of London and spend the rest of the afternoon in groups. One group enjoyed the dinosaurs and other ancient animals at the Natural History Museum and others went shopping in Oxford Street. At 8 o´clock we had our last dinner in the world famous Hard Rock Café and spend the rest of our British Pounds for T-shirts or hoodies in the shop there. We had a night walk back to our hotel where our bus driver was waiting to leave back to good old Germany at midnight. 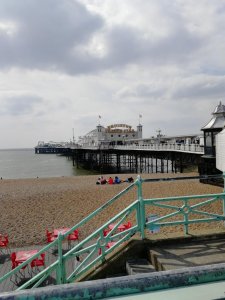 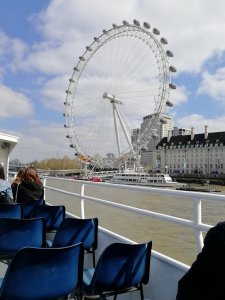 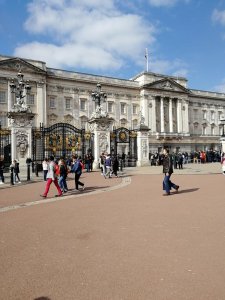 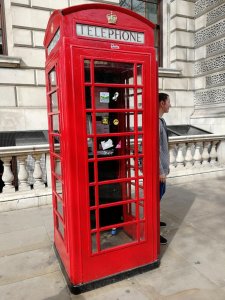 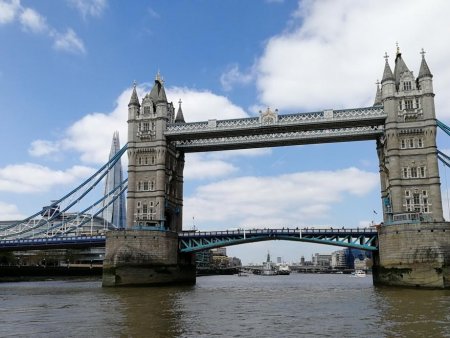 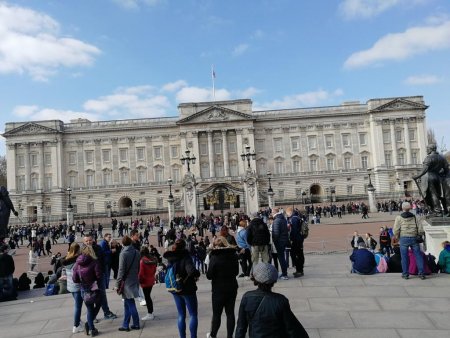